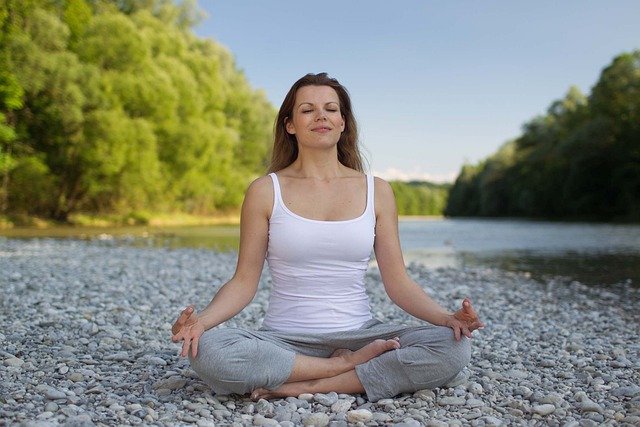 Sea of Strings: Electronic violin meditation music to ease your mind – We Rave You

With everybody on the come up, who’s taking care of your comedown? ’21 was a brutal year for the hustle and ’22 looks no different. If the global pandemic has taught us anything, it’s to take care of the space between our ears. Thankfully, with music, the earlobes are a direct short circuit to our grey matter.

So before we shine bright only to burn out, let’s check out the intersection of electronic violin music, EDM, and meditation music. Asher Laub is one of the electric violin pioneers who are out there pushing the envelope of where we’ve grown accustomed to hearing the violin in the tunes we jam to. He is one of a handful of musicians that are combining the classical training and accomplished musical dexterity required to play the violin with more contemporary music. Check out David Garrett, Lindsey Sterling, Brian King Joseph, Taylor Davis – to name just a few.

These musicians have been adding their string sound to EDM beats and finding innovative ways to introduce the violin to more mainstream audiences. By infusing their brand over the beat, they’re wiggling their way into hip-hop and electronic dance music to show that the violin isn’t just an instrument in the orchestra.

The Violin And Popular Music

The violin has made several guest appearances in the history of popular music. A century ago, classical music was still the new cool so violins were a big part of the dancefloor conversation. Swing music from the mid-’30s was all about big band; string music, in general, was part of the show.

Soul made use of string music in the ’60s, as did disco in the ’70s with groups such as Barry White’s Love Unlimited Orchestra and Biddu Appaiah (considered to be one of the pioneers of Indian pop).

Without the string family entourage of the viola, cello, and double bass, the violin got upstaged by electronically created music in the ’80s as string sounds that could be played by a keyboard synthesizer took their place in our collective pop consciousness.

The Italian hard rock band Il Rovescio della Medaglia (RDM) combined Bach’s Well-tempered Clavier with their own hard rock sound. The Electric Light Orchestra (ELO) is another rock band from Birmingham that would put violin solos front and center at their shows.

Fast forward to the ’90s and you get violinist Boyd Tinsley of the Dave Matthews Band strutting the violin’s stuff. Sigur Ros, Broken Social Scene, and the stadium-filling Arcade Fire all make extensive use of violins in their musical arrangements. Here again, though, the violin is part of the string family – almost a return to the big band sound of nearly a century ago. It’s a way to show off, a way to really entertain a live audience. The Arcade Fire can have upwards of 10 musicians on stage at a live concert.

So what about the violin as the star of the show?

The Electric Violin On The Come Up

The electric violin is something …….